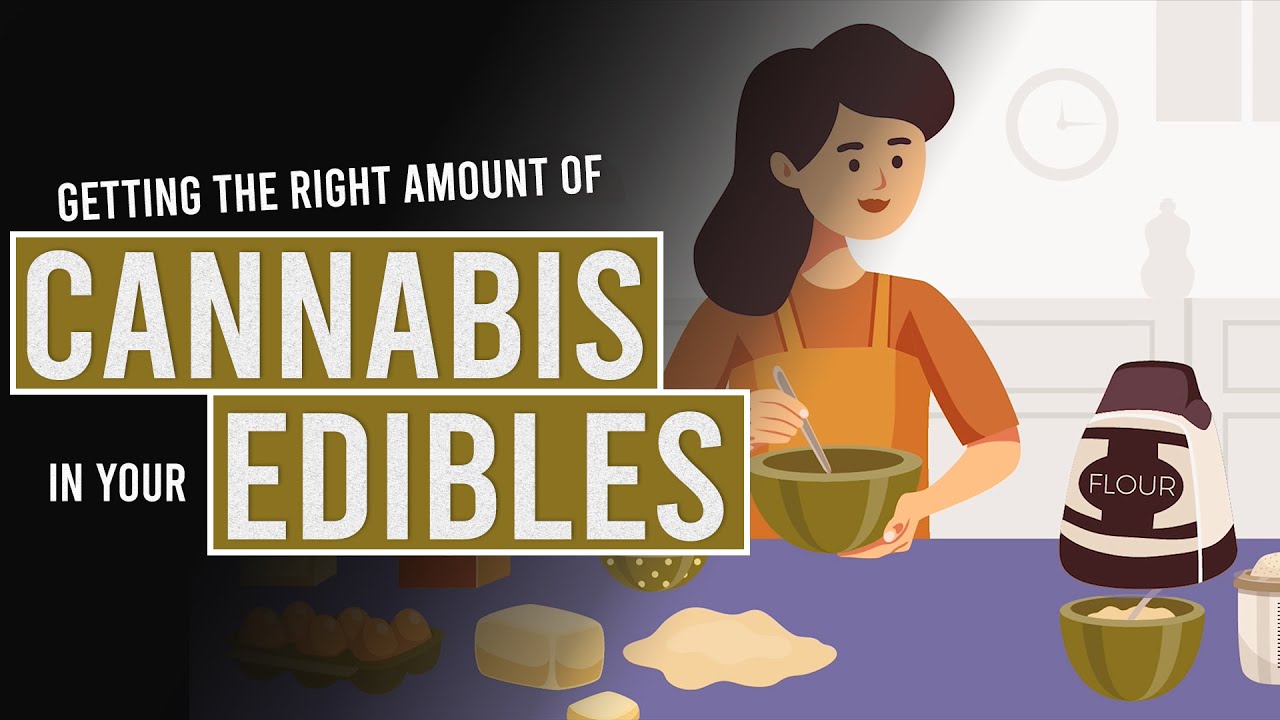 If you bake a cake, you don’t just throw flour eggs, baking soda and whatever else into a mixing bowl in random quantities, mix it all up, put it in a tin and whack it in the oven, do you?

No, all the ingredients you use are carefully weighed and measured.

So, doesn’t it make sense to do the same when one of those ingredients in your brownies is cannabis?

Of course it does, but how do we know how much cannabis to add?

More to the point, are you a fan of the high you get from edibles, as it is usually very different from a quick tote on a joint and, because you don’t get that ‘instant hit’ you have less control over how big a hit you get. After all, one you’ve eaten your cannabis edible, there’s no going back, and if you don’t like the effect, there’s not a lot you can do, and for quite some time.

You also have to be wary of the ‘nothing’s happening’ syndrome.

Edibles can take anywhere up to two hours to take effect, so it can be a big mistake after half an hour to complain that nothing’s happening after eating one, say, ‘hash brownie’, and promptly eat two more!

That’s why it’s best to pay close attention to your dosing.

As a result, when starting out with edibles, you should ideally stick to between 3 milligrammes and five milligrammes per portion

So, how do you make sure you have the right amount of cannabis, or rather THC, in each portion of your edible.

The trick comes in knowing how much THC will be in the oil or cannabutter you use.
So, when heated, the THC in cannabis becomes THCA, where the A stands for acid.

Now, when making cannabutter, on average only 60% of the THCA will be absorbed into the butter, meaning our butter will now have only 540 milligrammes of cannabis in it.

If we use all that cannabutter in our recipe, then to achieve 5 milligrammes per portion, we need to make 108 portions.

Of course, you may not want to start off with a factory-like output of cannabis edibles, so if you wanted to make, say 10 has brownies in a batch, then you would only need to use just under one tenth of your cannabutter, and leave the rest in the fridge.

As a final word of caution, make sure that your cannabutter doesn’t get mistaken for real butter or margarine, as the consequences could be disastrous!