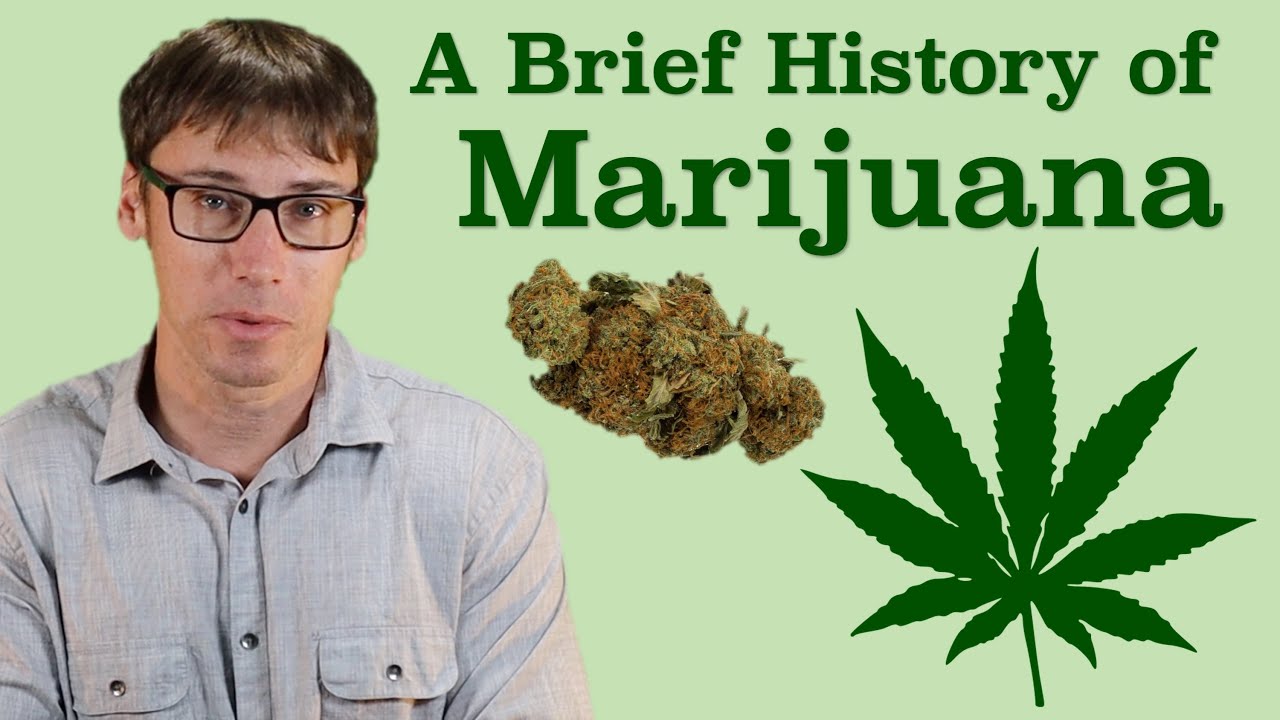 Music by Electric Needle Room and Daniel Lewis Diedrich.
All images found in the public domain or fall under fair use guidelines.

Grass: The History of Marijuana.

Bruce Barcott. Weed the People: The Future of Legal Marijuana in America.

John Charles Chasteen. Getting High: Marijuana through the Ages

Why is Marijuana Illegal?

Once upon a time there was a plant called cannabis. Since as far back as 10,000 years ago, it was one of the first crops grown when farming began. Hemp, a variety of the cannabis plant, had consistently been used in places like ancient China to create stuff like clothing and rope. Hemp was and still is non psychoactive, which means it doesn’t affect the mind or mental processes because its THC levels are so low. In other words, smoking it will not get you high.

The first recorded use of the cannabis that does get you high was in approximately 2,737 BCE. Emperor Shen Neng of China used the plant as medicine for things like gout, malaria, and poor memory. You heard that right.

Throughout the next 3,000 years, cannabis use for medicinal purposes slowly spread throughout Asia and into Europe. The Chinese mixed it into food. In ancient India, they mixed into a drink called bhang. (bang)

In the second century CE, the Greek doctor Galen prescribed cannabis as medicine. Prior to that in Greece, cannabis seeds had been consumed recreationally.

Soon after this, the Chinese doctor Hua Tuo (Hwa Toe) used cannabis to relieve pain for patients undergoing surgery. He would ground it and mix it with wine.

During the Middle Ages, cannabis was pretty popular in the Middle East. Muslims there weren’t supposed to drink wine, but ain’t nobody said they couldn’t smoke grass! That’s what they actually called it. Well, they called it hashish. (Hasheesh) However, the Arabic doctor Ibn Wahshiyah (eebeen washeeuh) did warn about its potential dangers.

Christopher Columbus brought rope made out of hemp on his first voyage to the New World in 1492. Both the French and the British had their colonists grow cannabis in the New World. During the 1600s, cannabis grew even more popular, and became a major thing to trade between South and Central Asia.

In the 1700s, doctors everywhere recommended cannabis as medicine. The Irish doctor William O’Shaughnessy, in particular, helped popularize its medical use for pain treatment. However, in 1798, Napoleon learned that many of his soldiers had started smoking cannabis while in Egypt and had brought the habit back with them to France. In response, he outlawed the plant.

Still, cannabis remained popular. In the 1800s, cannabis plantations were scattered around the United States. Doctors regularly prescribed it and it was easy to buy in general stores. By now, people traded for cannabis all around the world and its use dramatically increased.
By the end of the 1800s, though, attitudes toward cannabis had started to change. A growing number of people were freaking out about drugs, as alcoholism and opium addiction were dramatically on the rise.