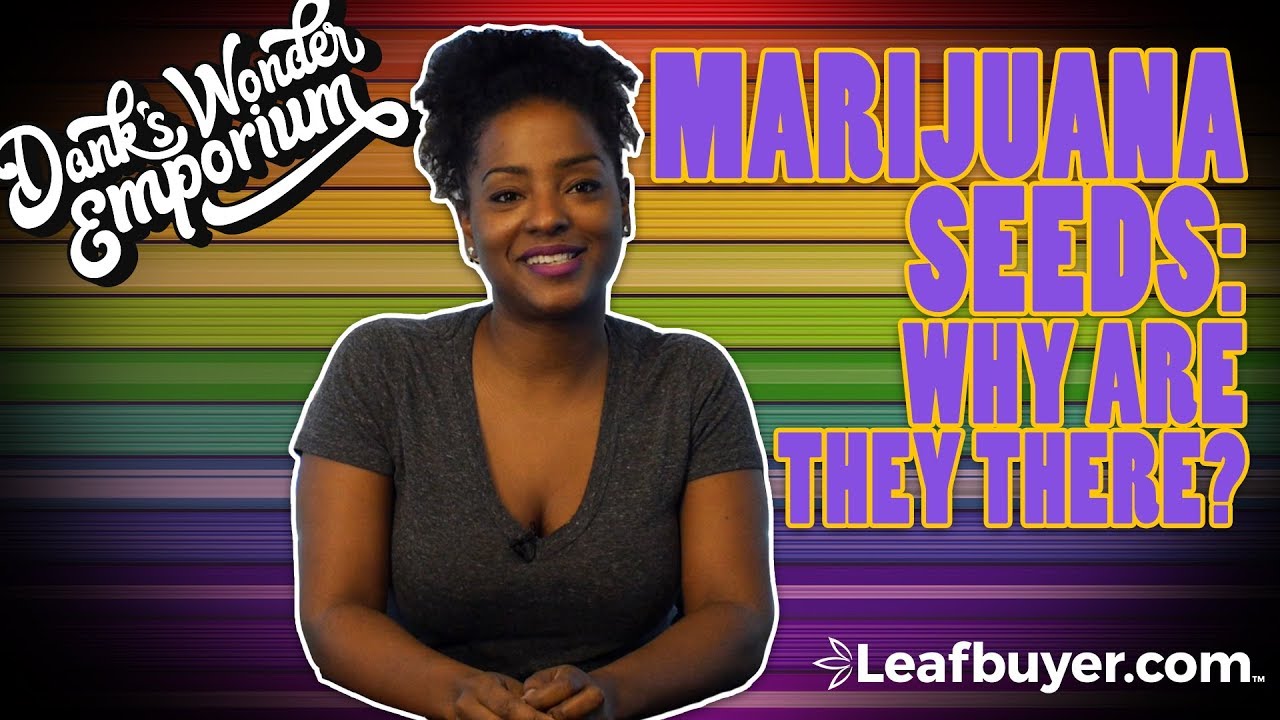 Marijuana Seeds: Why Are They There, and Should You Smoke Them?

At some point in your marijuana consumption journey, you may have purchased bud off the black market or from a street dealer who you may or may not have personally known. In those instances, it’s common for the marijuana nugs to contain seeds, which aren’t necessarily harmful, but they’re not the most medically beneficial either. Find out why seeds could be in your marijuana nugs and the effect it could have on you.

As far as male marijuana plants are concerned, these plants don’t produce any trichome-rich flowers like female marijuana plants do. In general, male plants create pollen, which can be detrimental to the growth of female plants. It’s common for tiny male flowers to emerge from ‘female’ flowers without being recognized by growers; these male flowers release small amounts of pollen in a localized area, as stated by High Times. As a result of this, the pollen leads to a small number of marijuana seeds in the cannabis colas.

Furthermore, when the pollen that was produced from the male plant touches the white hairs on a female plant’s flower(s), it makes a seed, which shouldn’t be smoked unless you want to get a headache afterwards. Unfortunately, marijuana seeds that are found on or within nugs aren’t medically beneficial; in fact, they could cause discomfort and headache pain, which is the opposite of what many people use marijuana for.

If you smoked bud before that contained marijuana seeds, you may have experienced a headache or felt worse as a result. In general, if you’re sold marijuana that contains seeds, don’t consume it because it won’t be the best experience you can get from the plant. Overall, it’s not uncommon for people to find seeds in their cannabis nugs after buying it off the black market. However, if you have the opportunity to purchase marijuana in a retail dispensary, I suggest you do so because you’ll be able to receive many medical benefits and properties you deserve to experience. Also, bud that contains marijuana seeds often contains little to no THC and tastes bad. Couple that with a headache, and nobody wants to have this kind of experience, especially if you’re using marijuana for strictly medical reasons.

Occasionally, people hold onto the marijuana seeds they find in their nugs because they believe that they can grow their own plants from those seeds. However, oftentimes, those seeds fail to germinate, which means that they fail to sprout, as mentioned by Royal Queen Seeds. Also, if the original bud wasn’t that great from the beginning, then why would you want to reproduce that mediocre and medically unbeneficial strain?

Even if you have your mind made up and you want to grow your own plants from the marijuana seeds you found, you must make sure that you have the proper resources and nutrients the plant needs to grow to its full potential, including enough light, water, and space for it to grow. Also, you must make sure that you not only live in an area where marijuana is legal, but you also must get approval from a landlord/owner of an apartment building, condo, and/or townhouse if you live in any of these establishments before growing.

Overall, for people who live in a state and/or province where marijuana is entirely illegal, it can be challenging to find quality bud off the black market, since you don’t know what you’re really getting, how the strain was grown, where it came from, and what the strain’s CBD and THC percentages are. Therefore, it’s best to purchase marijuana from a state where it’s legal so you’ll know exactly what you’re getting before you consume it. Next time you come across some bud with marijuana seeds, consider tossing it, or prepare yourself for a possible headache and a poor buzz.

Cannabis Question Extra: Where Did the Cannabis Plant Come From?
How High a Temperature Can You Use When Cooking with Cannabis
Cannabis Grow Lights Guide – A Beginner’s Guide with Kyle Kushman
How To Make Weed Infused Maple Syrup Candy | Smokeables
Medicinal cannabis access for consumers