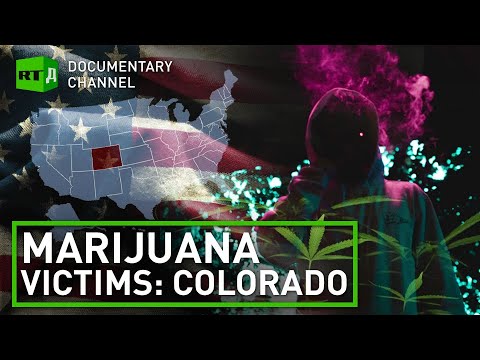 Legalization
Share on Facebook
Share on Twitter
Share on Pinterest
Share on LinkedIn
Addiction, mental illness and suicide – the legacy of cannabis legalisation. Marijuana has become as popular, regular and easily accessible as ever. But as more Americans are using cannabis, numerous studies and evidence confirm that consuming marijuana can be dangerous. In 2012, Colorado became one of the first states to legalise marijuana for recreational use. Unfortunately, it led to more cannabis use and addiction, particularly among young people.

Johnny Stack from Colorado was one of them. He was only 19 when he committed suicide. His parents are convinced marijuana killed him. Johnny was using cannabis wax with high levels of THC, the primary psychoactive compound of marijuana. THC is responsible for giving you high. In the 1970s, marijuana contained 2% THC, modern marijuana has 20-25% THC.

The long-lasting adverse effects of cannabis include addiction and mental illness. Johnny developed psychosis. ‘He just couldn’t stop’, his mother says. RT Documentary’s Alexey Brazhnikov goes to Colorado to see how marijuana legalisation has affected the lives of local people. He meets heartbroken parents whose children died because of marijuana and talks to young people fighting addiction.

RT Documentary offers you in-depth documentary films on topics that will leave no one indifferent. It’s not just front-page stories and global events, but issues that extend beyond the headlines. Social and environmental issues, shocking traditions, intriguing personalities, history, sports and so much more – we have documentaries to suit every taste. RT Documentary’s film crews travel far and wide to bring you diverse and compelling stories. Discover the world with us!

SUBSCRIBE TO RTD Channel to get documentaries firsthand! http://bit.ly/1MgFbVy