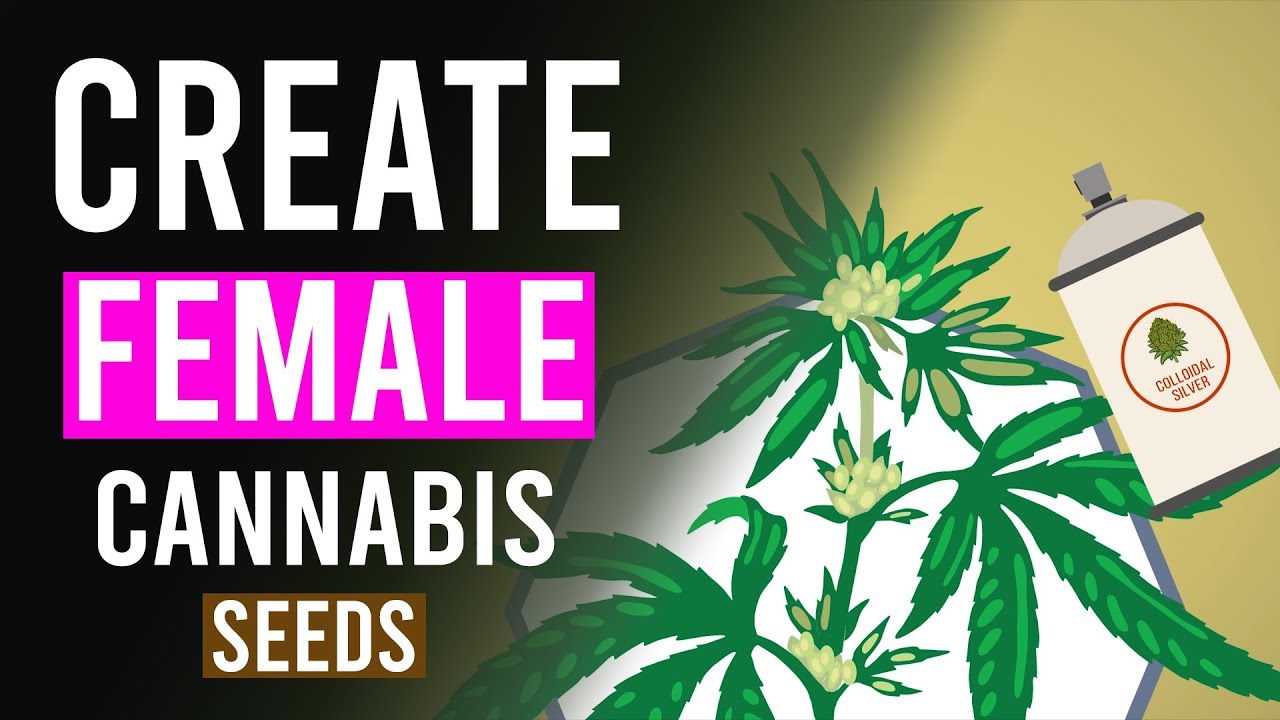 These flowers usually contain a stamen – the male bit, and the pistil, the female bit.

The cannabis plant, however, is a bit different.

Thanks to this wonder of nature, you can subsequently cross pollinate cannabis plants.

This means you can take the male of one strain and cross it with the female of another, to produce a third strain.

This crossing of different cannabis strains has lead to the creation of tens of thousands of new breeds and crosses, allowing breeders to promote the most desirable characteristics.

Female cannabis plants produce buds, which, when fertilized with pollen from the male, produce seeds that will then grow either male or female plants.

However, If the buds on the female plant aren’t pollinated, they simply grow bigger and juicier, and it is that which is the Holy Grail of the cannabis producer.

Now, don’t ask us how this was discovered, but here’s a curious thing.

When buds first appear on a female cannabis plant and you spray them with colloidal silver, this tricks the buds into thinking they have been fertilized and seeds are produced.

But that’s not the end. Because there has been no male pollen involved in the process, all the seeds produced will only grow female cannabis plants.

They call these seeds feminized, we call it clever.

Did we miss anything out? Let us know in the comment section below, and of course if you enjoyed this video make sure to subscribe to our channel, so you too can become a cannabis expert!

HOW TO FLUSH YOUR WEED IN MINUTES !!!MADE EASY
Mister International PH 2022 runner up does a Catriona Gray about legalization of marijuana
Autism and medical marijuana?
How To Grow Weed Outdoors – Outside Cannabis Backyard Grow School Basics
Legal Protections to Prevent Discrimination against Medical Cannabis Patients