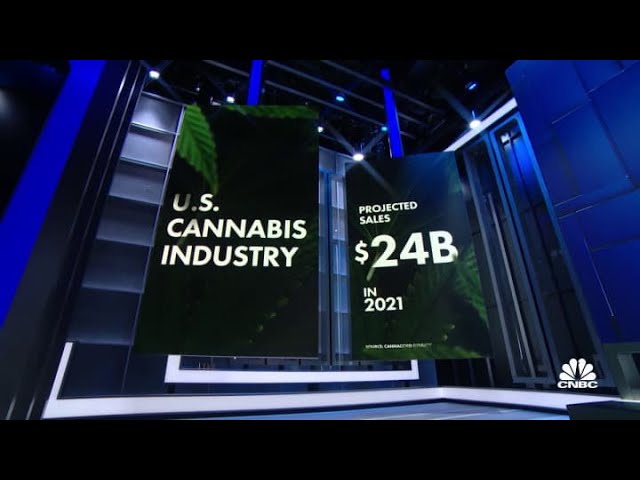 Senate Majority Leader Chuck Schumer and two other Democratic senators said Monday that they will push to pass this year sweeping legislation that would end the federal prohibition on marijuana, which has been legalized to some degree by many states.

That reform also would provide so-called restorative justice for people who have been convicted of pot-related crimes, the senators said in a joint statement.

“The War on Drugs has been a war on people — particularly people of color,” said a statement issued by Schumer, of New York, and Sens. Cory Booker, of New Jersey, and Ron Wyden, of Oregon.

“Ending the federal marijuana prohibition is necessary to right the wrongs of this failed war and end decades of harm inflicted on communities of color across the country,” they said.

“But that alone is not enough. As states continue to legalize marijuana, we must also enact measures that will lift up people who were unfairly targeted in the War on Drugs.”

The senators said they will release “a unified discussion draft on comprehensive reform” early this year and that passing the legislation will be a priority for the Senate.

The trio also said that in addition to ending the federal pot ban and ensuring restorative justice, the legislation would “protect public health and implement responsible taxes and regulations.”

The statement comes as public support for legal marijuana has grown. A Gallup poll in November showed that 68% of Americans, a record high, favored marijuana legalization.

Every initiative that involved the decriminalization or legalization of marijuana on the ballot in 2020 passed.

Turn to CNBC TV for the latest stock market news and analysis. From market futures to live price updates CNBC is the leader in business news worldwide.

Captives of Cannabis: Human Trafficking In The Marijuana Industry
Seth Rogen and Snoop Dogg Prep JD to Smoke Weed for First Time
CO2 bath for the marijuana plants.
So, It ‘s All Bullsh*t
What is better? Regular cannabis seeds -vs- Feminised cannabis seeds