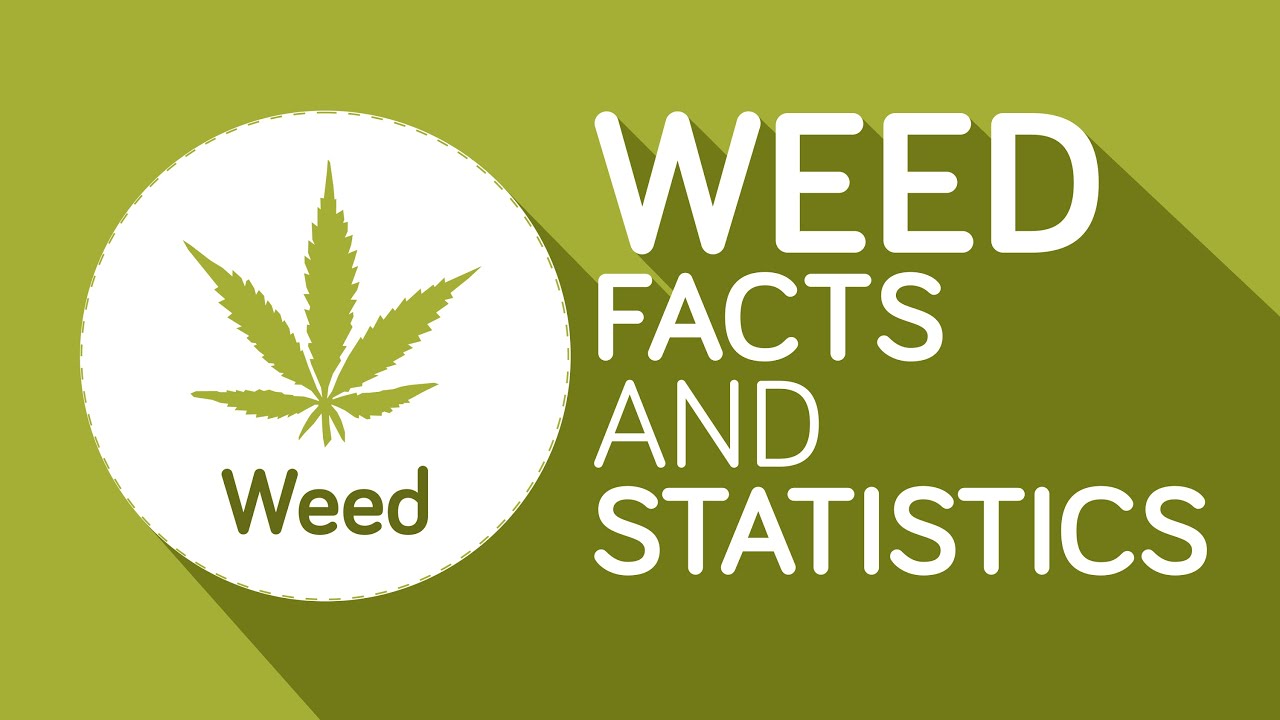 Marijuana, also known as weed or pot, refers to the dried leaves, flowers, stems, and seeds from the hemp plant Cannabis sativa, which contains the psychoactive and mind-altering chemical, delta-9-tetra-hydro-cannabinol, or THC, as well as other related compounds. Let’s take a fun look at some interesting facts about the world’s most beloved plant.

Out of the estimated 22 million pounds of marijuana grown each year in the United States, nearly 80% comes from California, Tennessee, Kentucky, Hawaii and Washington.
An estimated one-third of America’s weed is grown indoors. An indoor grow module accommodating 4 plants sucks as much electricity as 29 refrigerators. In California, indoor marijuana grow modules account for about 9 percent of household electricity use.

In Colorado, where the recreational use of marijuana was recently legalized, only 9% of residents are regular pot smokers. Denver has surpassed Amsterdam as the capital of the marijuana world. The city has more than 300 stores, called dispensaries, outnumbering pharmacies, liquor stores, public schools and even Starbucks. In Colorado, recreational pot has a hard time competing with medical marijuana, which has been legal since 2000 and whose tax rate is 78% lower. Estimated pot sales are 55 tons of medical pot and 18.4 tons of recreational pot. The use among teens has not increased with the legalization of recreational weed.
Legalizing marijuana federally would generate $8.7 billion in federal and state tax revenue per year.

California was the first U.S. State that banned marijuana a century ago.
In the U.S., a sentence of life in prison without parole was given for trying to sell $10 of marijuana to an undercover officer. Over 800,000 people are arrested for marijuana in the US each year.

Support for weed legalization is rapidly outpacing opposition. A slim majority (52%) of Americans say the drug should be made legal, compared with 45% who want it to be illegal. Opinions have changed drastically since 1969, when Gallup first asked the question and found that just 12% favored legalizing marijuana use.

Weed is legal and is not even classified as a drug in North Korea.
Smoking up could be a very different experience for men and women, according to a 2014 study in the journal, Drug and Alcohol Dependence. In research on rats, it was discovered that females were more sensitive to cannabis’ painkilling qualities, but they were also more likely to develop a tolerance for the drug, which could contribute to negative side effects and dependence on marijuana.

Study after study finds that marijuana is less harmful than alcohol and tobacco. The beer and alcohol industries are two of the biggest anti-marijuana advocates. Obviously, marijuana is a serious threat to alcohol sales. Due to its safer nature, marijuana is often suggested as an alternative to alcohol.

A Year After Legalizing Weed, Colorado Hasn’t Gone to Pot